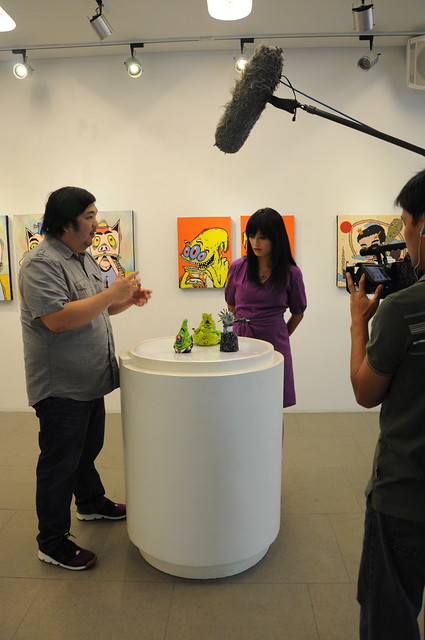 
Ever since BigBoy introduced me to this genre of art, I've been hooked. I have to admit, I know very little about designer toys or the graphic/animation pop art. I've been trained in the fine arts - traditional painting, sculpture, drawing and stuff from the Classical to the Renaissance to Post-Modernist periods. Yes I went to art school and took studio courses at University. I even learned how drawing nude figures from the flesh. And how to paint in oil, acryclic and water colours. (I can't do any of that now). But I am so ignorant about this new world of art. It's great to be a student again. 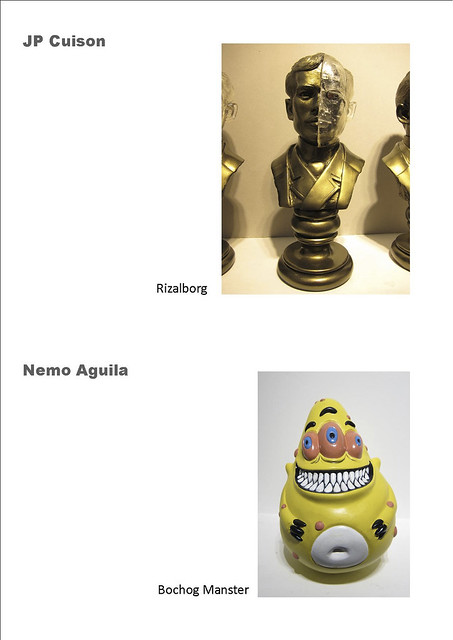 It started with these pieces I got from Bigboy. Limited edition works by JP Cuison and Nemo Aguila. The Rizalborg is stunning! 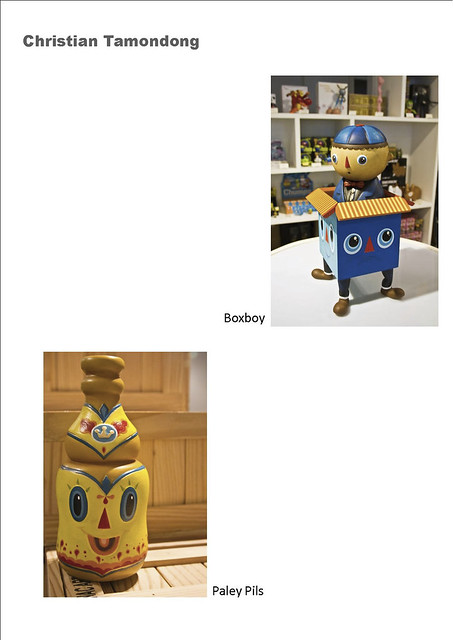 This Boxboy by Christian Tamondong is sold out. I wish I could get my hands on one. Bigboy tells me it usually starts with a painting or drawing then it gets produced into plastic toys then customized by the artist in limited quantities.

Secret Fresh is proud to be the host of the much awaited international release of collectible art toys exclusively produced by Amanda Visell and Carlos East with Secret Fresh. To be launched this 1st of July Friday at 5 PM at Secret Fresh, the toys, namely Topsy Turvy Croc by Amanda Visell and Don Pedro Calavera by Carlos East, are limited to 75 pieces only. Internationals orders for the art toys are to be made by first come first served basis via email freshmanila@gmail.com 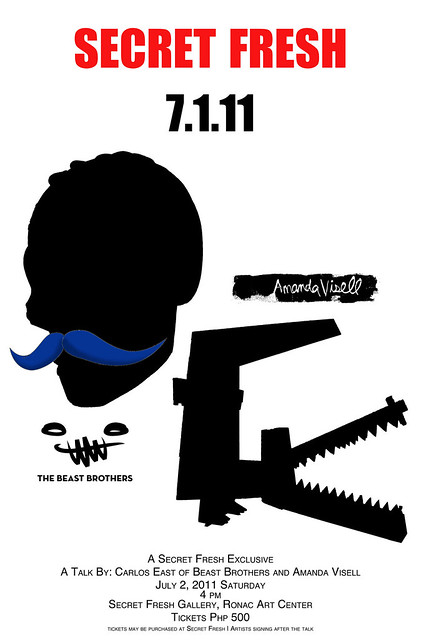 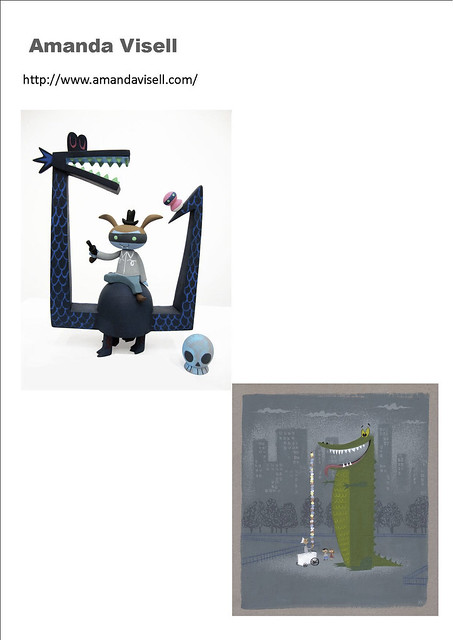 A sneak preview of these art toys will be unveiled at the upcoming 2011 TOYCON Manila at SM Megatrade Hall on June 18 and 19 (Saturday and Sunday) as part of Secret Fresh’s booth exhibit among the other toys that it has produced exclusively with local artists such as : 2004 Ateneo Art Awards nominee Christian Tamondong, the designer of Boxboy and Paley Pils and who also has an upcoming collab toy project with Huck Gee; Pilipinas Street Plan members and street artists Whoop who designed Mr. Brain Freeze based on one of his whimsical pastel-colored paintings reminiscent of ice cream delights and Nemo Aguila’s irridiscent bug eyed round bellied Bochog Manster; award-winning adman and Gigzilla poster meister JP Cuison who designed the iconic Rizalborg now currently on view at the Rizalizing the Future exhibit at the Yuchengco Museum.

Apart from the art toys to be exhibited, Movement 69, a loose collective of street artists composed of Whoop, Tripp63, Nemo Aguila, Alien, Exld and Egg Fiasco will be doing a live spray painting session on the 1st day of the Manila Toycon.

Nemo Aguila will also be part of the panel at the 2011 ManilaToycon and will be discussing the creative process of making, designing and customizing toys, JP Cuison in particular will be discussing on the inspirations behind his mash-ups and reinvented cartoon characters and the impetus in creating Rizalborg. 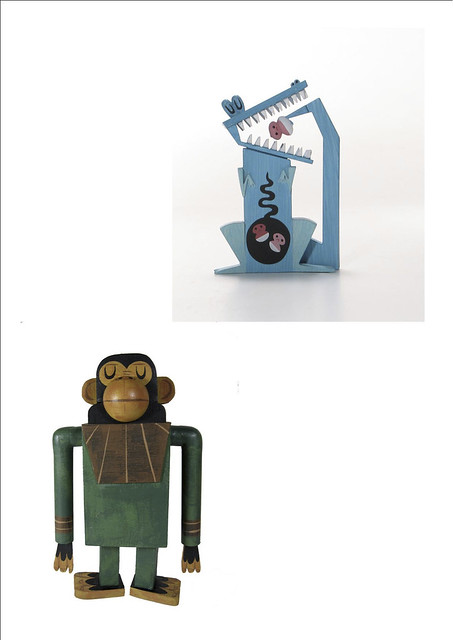 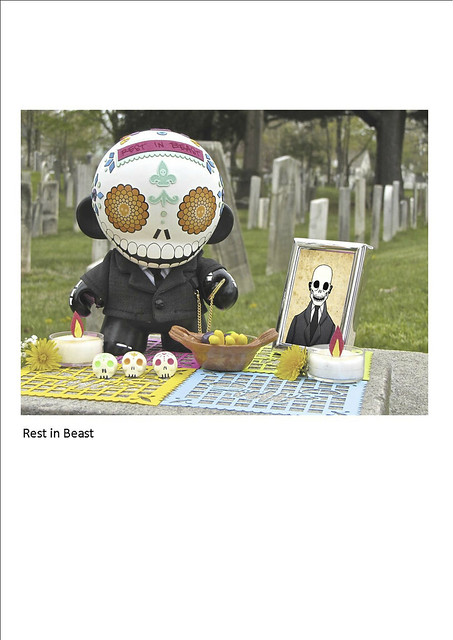 Rest in Beast by Carlos East of the Beast Brothers.

Amanda Visell and Carlos East will be here in Manila for the launch of their toys as they will also be holding a talk on July 2 Saturday at 4PM. The talk is limited to 30 slots. Reservations for the talk and further queries can be made by email thru secretfresh.gallery@gmail.com or by calling Secret Fresh at 570-9815 local 7 or send an SMS to 09175171188 (Elaine). Updates can also be tracked through Secret Fresh on Facebook, http://www.freshmanila.blogspot.com/ and http://www.twitter.com/freshmanila 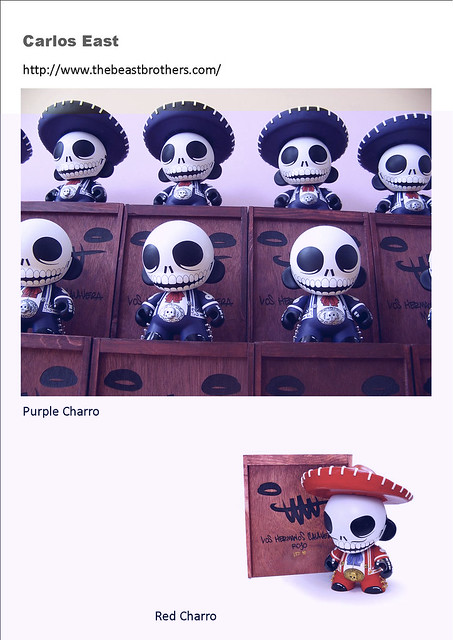 More from Carlos. His works speak to me because in my old life I was almost Mexican. (I had spent some time there after I graduated, worked as a project officer of an environmental planning program for the Canadian group I first worked with. Ironically, it was by loving Mexican culture first that brought me back to my Philippine roots which I had been removed from for many years... I digress, sorry).